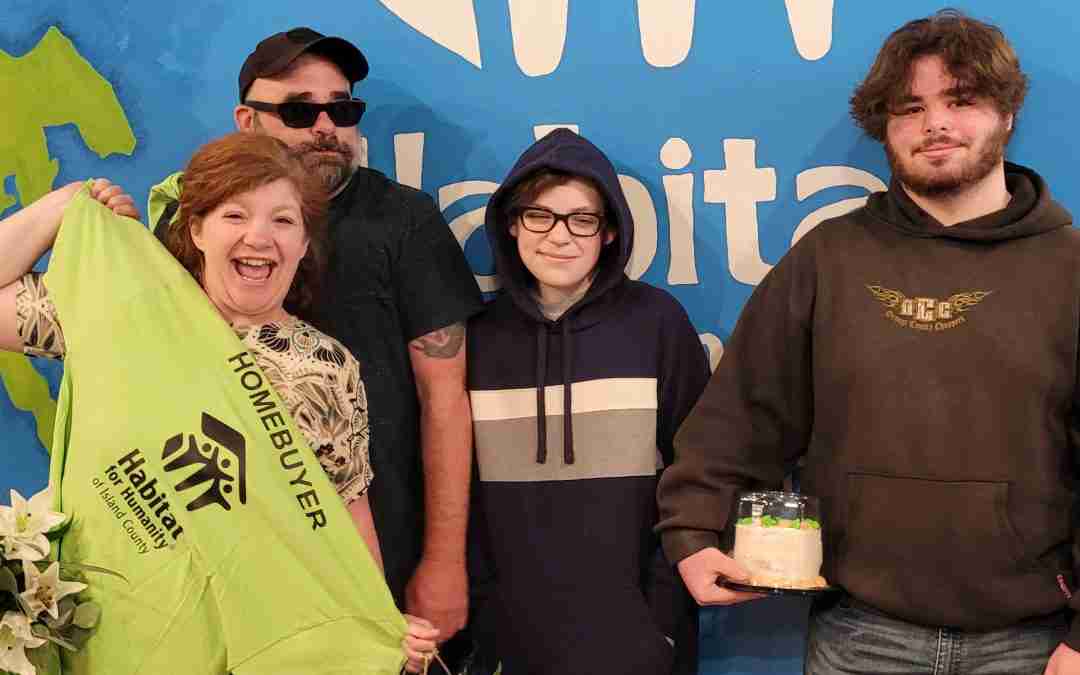 From Homeless to Homeowners

Imagine, if you can, living with your partner and two children in a 300 square foot RV because, no matter how hard you try, you are unable to find a safe and affordable home for your family. These are the circumstances that Misty and Bob found themselves in when, through no fault of their own, the lease on their apartment was not renewed.

In 2016, when their sons were just seven and nine, the family lost their housing. With nowhere to go, the family bounced around, staying with different friends as they desperately sought help securing permanent housing. “We had an RV, but no place to park it,” shared Misty. “We stayed with a friend for a time, but it wasn’t a healthy situation for our family.”

Because Misty was working and they had a couch to sleep on they were denied the services they needed. Misty was even told that if she left Bob and left the couch they were sleeping on, then she and her boys would be able to get help. “As long as we were trying to help ourselves,” said Misty, “there was no help available.”

“I think we were one of the first families to post on Facebook that we had an RV and we needed a place to park it,” Misty shared. “It was very embarrassing, very humbling.” Eventually a friend offered to let them park the RV in their yard. “We were wedged between our friend’s house and the house next door,” says Bob. It turned out that the house next door was a Habitat house that was being refurbished. “That’s how we found out about the Habitat for Humanity homebuyer program.” Even though they didn’t qualify then, they kept Habitat in the back of their minds, “it was something to work toward,” said Bob. “It wasn’t a ‘no,’ it was a ‘not now.’”

In 2019, living in an RV with ten and twelve year old boys, plus two cats and a dog became impossible. “I was working all the time,” said Misty. “Our youngest had been diagnosed with Autism and was struggling.” They found an apartment in Oak Harbor, even though Misty’s job is in Freeland. “Our entire lives centered in South Whidbey but we decided to make the move because we needed a roof over our heads.”

They both say how grateful they were to go from 300 square feet to 700 square feet with bedrooms and “doors we could close.” But, even with the added space, things are still cramped. “Our oldest sleeps on the couch,” Misty shared. “He hasn’t slept in an actual bed since 2016. As a mom, that makes me feel horrible.”

Being denied the first time we applied to buy a home “was a wakeup call,” said Misty. “We needed to be ready for the next opportunity. We didn’t have bad credit, we didn’t have any credit. Since then, we’ve established credit accounts and used them responsibility. We have a good history of rent and utility payments. We created a budget that we stick to as much as we can.”

On September 8, 2022 the family broke ground on their future home. 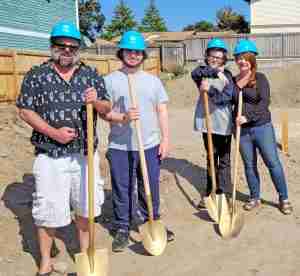 When asked what becoming a homeowner will mean to their family, Misty said, “no more being afraid of not having a place to call home, knowing that this is ours and, as long as we pay our mortgage, no one can take it from us. For my kids to feel secure.”

Bob, who has 25 years of culinary experience, looks forward to having a “real sized” oven and room to cook. Eventually he’d like to start his own food truck. Misty is excited to be able to “hang a picture on the wall” without worrying about the landlord.

By next holiday season, the family will be happily settled in their new three-bedroom, one-and-a-half bath townhome in Oak Harbor.

Bob and Misty’s family is just one of the seven families curretnly building their new home and their brigther future. A future that wouldn’t be possible without support from our community.

This holiday season, why not give the Gift of Home with a donation that will provide a safe, decent, affordable place to call home for a local family like Bob and Misty’s?